Posted on May 7th, 2019 in Automotive Entertainment, Television Production. No Comments.

Super Genius didn’t start America’s love affair with the automobile, but we were the first to broadcast it to the masses. As Chicago’s leader in automotive entertainment we’re seeing new trends that will shape the airwaves and roadways for years to come.

Before you’re like, “What about Overhaulin’?” We know that Garage Squad wasn’t the first show about cars, and it certainly won’t be the last (thank goodness). We’re just saying it was the first auto-centric show to demonstrate the collector car hobby wasn’t just about frame off restorations and high dollar racecars. 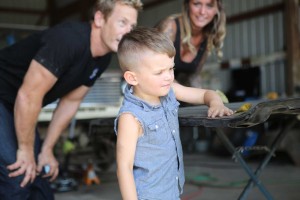 Yes, top of the line vehicles, like those we showcased in One of a Kind, are gorgeous and special and if sold can support your grandkids’ retirement, but they don’t represent your average viewer of car content. Our mission with Garage Squad was to introduce the televised world to the car hobby’s humble roots, the shops of the DIY mechanics where not everyone has the tools, knowledge, money or time to complete a perfect build. After receiving 40,000 plus applications from folks hoping the Squad can give them a helping hand and rolling tape on season six, we think we’ve succeeded.

So, what does all of this mean for automotive entertainment? For us at Super Genius, we’re nowhere near done helping people with their stalled projects, but staying busy in the garage won’t halt us from conceptualizing incredible stories in the automotive realm. As we see it, the trend to maximize fun with minimal budget is going to propel reality TV about cars, trucks and motorcycles. Since most viewers aren’t going to drop tens of thousands of dollars (or way more) on high end vehicles and builds it’s important to create shows that the average auto enthusiast can relate to. To keep the viewers engaged we see automotive entertainment cruising down three primary lanes: future collectibles, historically significant vehicles and true representations of Americans and their attachment to automobiles. 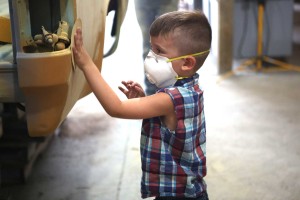 We’re always watching the auction block and scrolling through Craigslist to see what’s hot. While there is plenty of love for professionally built hot rods, restored muscle cars and resto-mods, there’s an increasing demand (especially from younger buyers) for affordable collectibles from the 1980s and 1990s. While the era may remind many of minivans and faux wood, the car companies were pumping out future collectibles that are finally getting their turn in the spotlight. It’ll be unsurprising to see shows centered on people buying and selling or restoring cars from these years that you never thought to give a second look when they originally rolled off the dealership lot. Don’t be alarmed when your grandma’s Fox Body or Uncle Dale’s IROC-Z ends up being a massive hit at the show-n-shines this summer.

The barn find phenomenon that has been rising in popularity since the mid 2000s isn’t going away, but we see it getting more specific for entertainment purposes. It’s no secret there are thousands of cars and trucks sitting in sheds around the country, we testify to that every week on Garage Squad. Sure, the rust, or as many lovingly call it, the, uh, patina, on these classics is appealing, but it’s the mystery of the car that really draws people in. No, not every barn find, shed find, lake find or buried underground find has an elegant past, but there are a fair amount that warrant deeper investigation. Think about how many one-off and historically significant vehicles have disappeared over the years. Treasure hunters who were once scraping the bottom of the ocean are now searching

for the X that marks the barn holding a fascinating car. James Dean’s Porsche is out there, are you going to be the one to find it? 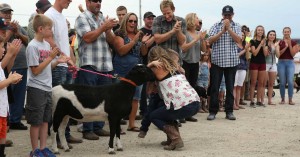 Whether you’re cooking with Snoop, fixing houses with Mr. T, building cars with Foose (we love Chip) or following a group of strangers on a booze filled romp through the… real world, I guess, you’re generally tuning in to watch the people, not the objects, whether you know it or not. Sure, we love seeing what’s coming out of the garage next as much as any car nut, but did you really watch Duck Dynasty for the duck calls? There are tons of stories about the car world that have little to do with rebuilding classics or driving in circles, but to tell them you need attention-grabbing people. We anticipate automotive reality TV slipping away from the hot rod and restoration shops and heading to the used car lot, to the country fair, to the farm fields and to the backwoods, where the stories of hard working Americans and their affinity for automobiles are told daily.

Cars are cool, but people drive them, well most of them, for now anyway. Oh great, I guess we’re going to make a show about self-driving cars. Wait, Pixar already did that.