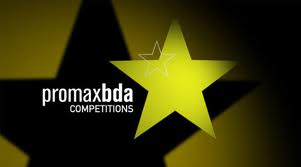 Agency’s brand creative work awarded with broadcast industry’s top honor CHICAGO, IL  — At a buzz worthy event in New York City Super Genius was honored with a Promax/BDA award in the Television/Channel/Station, General Branding & Image category: a bronze Promax for the “Brains of Science” campaign on behalf of client Discovery Communications (The Science Channel.) According to Managing Partners Bill Connell and Mat Burnett, former senior vice presidents at Leo Burnett, Super Genius inc. bridges the space between traditional and digital marketing tactics.  Super Genius clients have included: Nokia, Nike, 20th Century Fox, lia sophia, Johnson Publishing, Nielsen and Discovery Communications. To view selections from this campaign, visit: www.supergeniusllc.com. “We were excited and honored to be approached with such a high profile project (“Brains of Science”) to begin with,” says Bill Connell. “We envisioned this campaign as a series of mini-documentaries from the beginning, and approached production of these with the intention that they would be able to live and migrate across platforms.” “This was the first production within Discovery Communications to shoot using a double Red Camera set-up,” adds Mat Burnett. “The technical side is only important because it allowed us to bring science to life in a very visual way. Given the graphic and post complexity of these stories it was critical that we shoot entirely in a digital format.” The Promax|BDA Awards is the only competition dedicated to recognizing excellence in Marketing, Design and Creative content in the entertainment industry. With thousands of entries each year, the competition is stiff. With a win in the highly competitive brand image category, Super Genius inc. becomes one of the few Chicago based agencies breaking new ground with clients in the entertainment industry. ###