Posted on September 1st, 2018 in Automotive Entertainment. No Comments.

Oswego pastor Rich Wooten’s 1974 Ford Bronco needed a divine intervention after sitting idle for years, so he turned to the “Garage Squad” crew for help.

“I think the congregation was getting a little bit tired of hearing my stories about this Bronco that needs to get done,” Wooten says on the Season 5 premiere, which is scheduled to air at 8 p.m. Wednesday on the Velocity network.

The Bronco owned by the “faster pastor,” as Wooten is dubbed, is among nearly a dozen Illinois “project cars” set to be featured this season. The car makeover series — one of the few reality-type programs to be filmed in the Chicago area — is produced by Super Genius, a Chicago digital media and creative incubator. 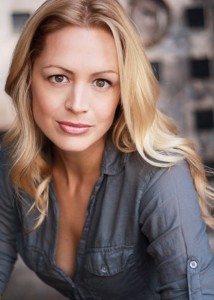 Heather Storm, who co-hosts “Garage Squad,” said the show receives 15,000 to 20,000 submissions from around the country and some from overseas each year, which “just shows how many people have project cars in their garage that they are feeling really frustrated with and unable to finish.”

The show films here from April through early September. Storm said there are no formal plans to film the series elsewhere.

“I mean, I think it would be great to travel,” said Storm, who is based in Los Angeles and considers Chicago her second home. “As of this season, we’re still shooting in Chicagoland. We’ll take it season by season and see what happens.”

Storm, who learned about cars from her father while growing up in Philadelphia and Montana, joined the show in its second season. She’s the only woman on the “Garage Squad” team, which includes world champion National Hot Rod Association driver Bruno Massel, of Elmhurst; and Minooka mechanic Joe Zolper. Storm assists on the car builds, which typically take about a week each.

The “Garage Squad” crew fixes up a 1974 Ford Bronco for a Chicago-area pastor on the Season 5 premiere. The show airs on the Velocity network and is available on the Motor Trend app.

The cars set to be featured on this season’s 10 hour-long episodes are: A 1993 Chevy Dually and 1978 Chevy K20 pickup in Marseilles; a 1957 Chevy Gasser and 1969 Ford Mustang Fastback in Westmont; a 1975 Chevy Corvette for a police officer in Oswego; a 1971 Dodge Dart in Joliet; a 1970 Plymouth Barracuda convertible in the village of Grant Park; a 1970 Dodge Charger in Sycamore; a 1972 Chevy Nova that’s been with a Plainfield family for three generations; and a 1959 Studebaker pickup in Lemont.

“This year, we just really got some really great stories. We really focused on the story behind the car,” said Storm, who also hosts and produces the online travel series “Drive Yourself Local.”

“There’s some really touching and emotional stories as well as just some real fun stories. But I think we really get to also show a lot more of what we’re doing with the car builds as well, and just kind of give some tech tips and help people to understand what they can do to get motivated for their own project.”