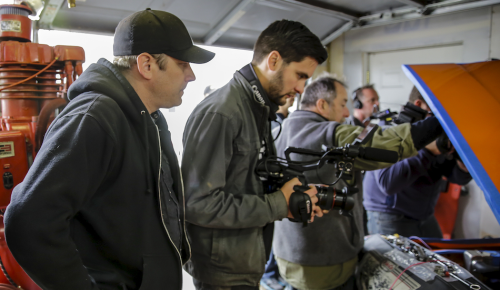 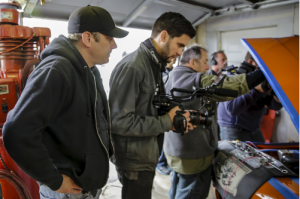 A reality show focused on cars in the Joliet and Chicago areas is racing off the blocks Friday on the Discovery Channel’s automotive channel.“Garage Squad” is a reality show that has been filming in Joliet garages and elsewhere since March. The show will debut its first season 8 p.m. Friday on the Velocity channel.

There are gear heads all across America with beloved “project cars” sitting unfinished in driveways and home garages.  These weekend mechanics usually lack the time, money or skill to complete their dream car.  And it’s turned into a wallet draining, space hogging nightmare for their families.  We’re here to help. Garage Squad is on a mission to help regular people – just like you –  finish those project cars and get them off the blocks and back on the road. (pictured: Ted Lega – EP/Director of Bow+Arrow).